More than 70 years of top notch craftsmanship, design and quality. From a one-man company located in the home basement, to a worldwide company with customers in over 50 countries and 5000 square meters of production space.

From selling blinds door to door at night, to becoming Scandinavia’s largest supplier of curtain rods, curtain tracks and curtain equipment. And to becoming a company, which is a frontrunner in sustainable curtain design – with a new, but old, name.

FROM FREEDOM FIGHTER TO ENTREPRENEUR

When World War II ended, Stilling’s founder, Preben Stilling-Petersen, was 21 years old. He had been part of the resistance movement during the war and now he was looking to the future. Preben wanted to be independent, but without start-up capital it took several years before he could found the company we know today as Stilling.

Preben worked as a bicycle courier in Illum’s Bolighus (today a Stilling customer). He also worked as an insurance agent and as a worker and later manager at the Nordsø shipyard. And then he collected used and discarded glass bottles, which after the war, were a rare commodity. The bottles were washed and cleaned by his wife, Lise. They were then sold to Rynkeby Mosteri.

With his own savings and with his friend John Larsen as a co-investor, Preben created the company Stila (Stilling and Larsen) in 1949. Preben Stilling had secured the exclusive right of sale for the Hunter Douglas blinds in Denmark and Norway. A lot of blinds were sold in the years after the war when Denmark was on its way back to normal, and construction was booming.

The Stila blind became a brand, known for the high quality, which was created by a carpenter in Preben’s basement in Herlev. In 1951, the space became too tight and Preben opened a shop in Herlev with production in the back room and sales in the front room. John Larsen was bought out and Preben continued as the sole owner.

In the mid-sixties, gardisette curtains became popular, and sales of blinds fell drastically. Preben Stilling quickly assesed the situation and started the production and sale of curtain tracks for the gardisette voiles. He invested in a tool for a plastic glider, a hook and an end stop. The first curtain track in the company’s portfolio is the one we know today as the AP 0511. It was imported from England and the accessories were produced at Sommers Metalvarefabrik in Søborg. After school Preben’s eldest son Ole, helped drill holes in the aluminium profiles.

Soon Stila’s focus fully shifted to curtain rods and the blinds-production was sold to ABC Persienner in Rødovre. The company flourished, expanded and constantly developed new products. For instance,  in 1969 Preben Stilling invented and produced the very first wave gliders (he called them distance-gliders).

Production of blinds at home

Sadly, Preben Stilling died, just 46 years old, on the 20th of October 1970 from a blood clot. His eldest son Ole took over the management of the company, which now had moved to Metalbuen in Ballerup. In the following years, Ole’s two brothers Anders and Henrik joined the company as well.

In 1975, the production of blinds was resumed and Stila became a total supplier and manufacturer of both sun shading and curtain equipment.

At the beginning of the 80s, Stila created its first professional curtain track series. Profile 2001 was designed for the professional market and the profile and accessories were developed, tested and adjusted in close collaboration with Notto Tekstil in Oslo, Norway, which made enormous demands on quality and functionality. Perhaps that was the reason why 2001 was a huge success from the very beginning. Since then, a plethora of new profiles, accessories and patents have been added, but the 2001 profile is still one of our most popular curtain tracks.

At the fair in Frankfurt

Interest from abroad in the new 2001 profile was incredibly high, as was a growing demand from customers for new curtain tracks. Over the course of a few years the professional track series was expanded with both larger and smaller profiles. Stila soon had the largest and broadest curtain equipment portfolio, which also put the company at the forefront of the domestic market.

In 2014, the company was divided into the two business areas – Sun protection and Curtain hardware. The department with curtain tracks and accessories was named Aluproff and moved to Brøndby.

In 2016, Aluproff’s production range was expanded, and the sun shading department, as well as the name Stila, was sold to the Dutch company B&C.

In 2018, the 3rd generation of the family took over the company, when Ole Stilling’s son Rasmus and Ole’s stepson, Thomas, bought the shares from the three Stilling brothers. Both Thomas and Rasmus had been a part of the company’s management team for several years at the time.

Rasmus and Thomas carry on Preben Stilling’s heritage of innovation, good craftsmanship and design with a focus on quality, aesthetics and functionality.

Furthermore, they have chosen to have an increased focus on responsible business, sustainable design and circularity, and the company is a front runner in curtain hardware made from reused materials. It is also a member of the UN global Compact and has a B corp certification.

In December 2022, Thomas and Rasmus decided to change the company name  to “Stilling”, both to mark the new direction the company has moved in and to honour their historical and artisanal heritage.

THE NAME STILLING IS AN INTEGRATED PART OF OUR HISTORY, AS IT IS THE FAMILY NAME OF OUR FOUNDER. BUT IT IS ALSO A SYMBOL OF US TAKING RESPONSIBILITY FOR THE WORLD WE ARE A PART OF AS THE DANISH “TAGE STILLING” TRANSLATES TO “TAKE A STAND”. WE TAKE A STAND FOR PROTECTING PEOPLE AND PLANET AND WE ARE READY TO STAND UP FOR ALL THE CHOICES WE MAKE.

Read about our responsibility 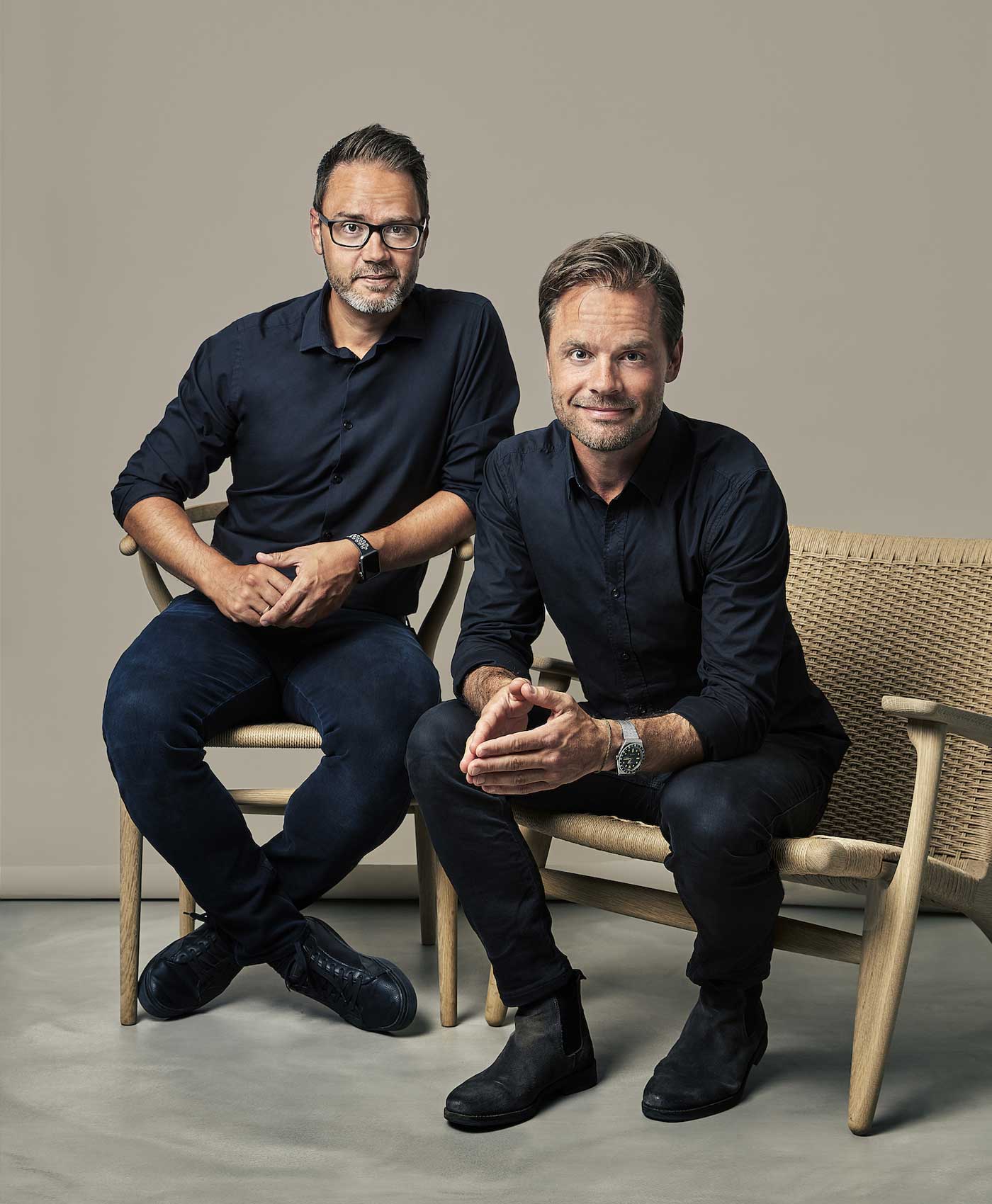 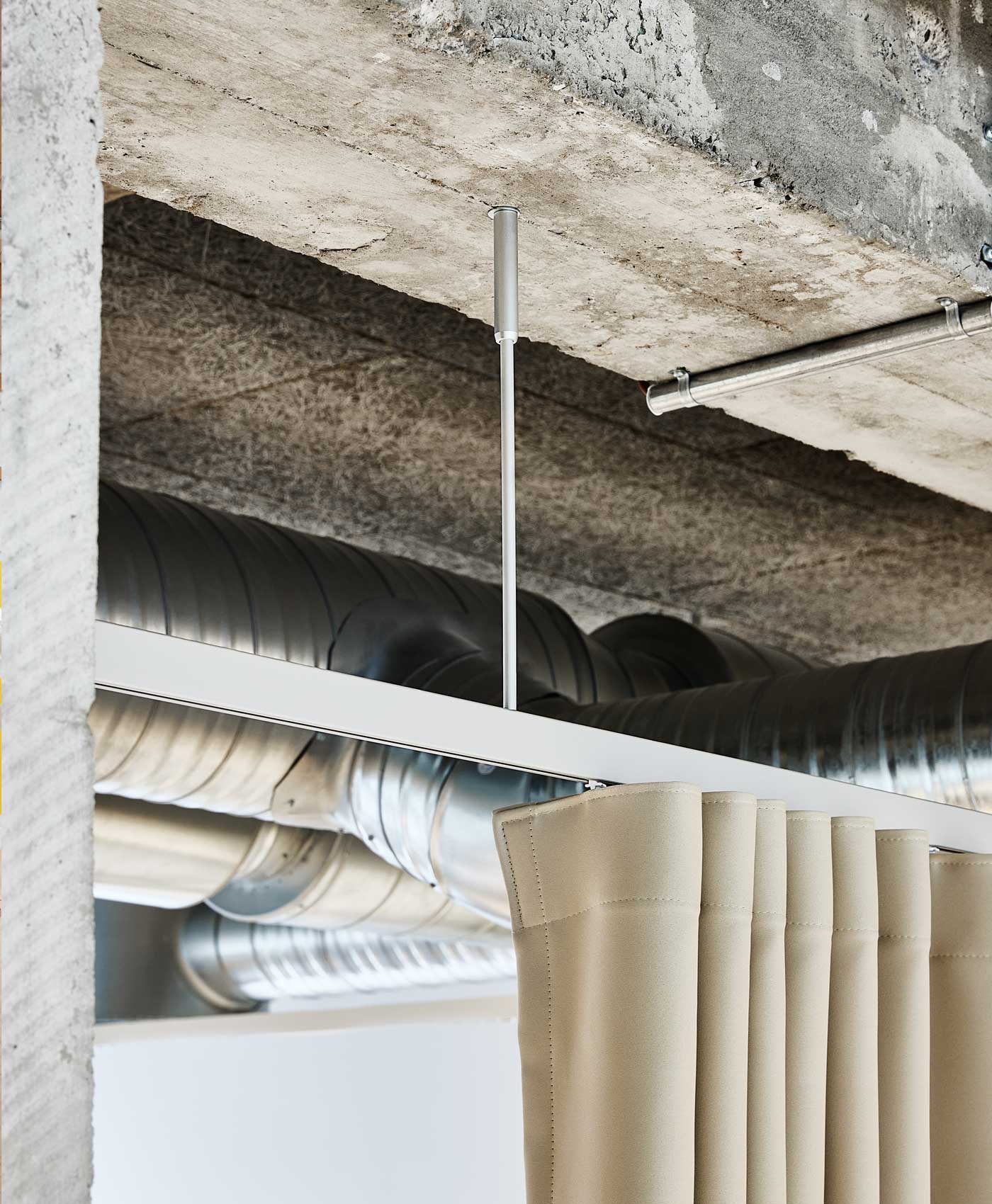 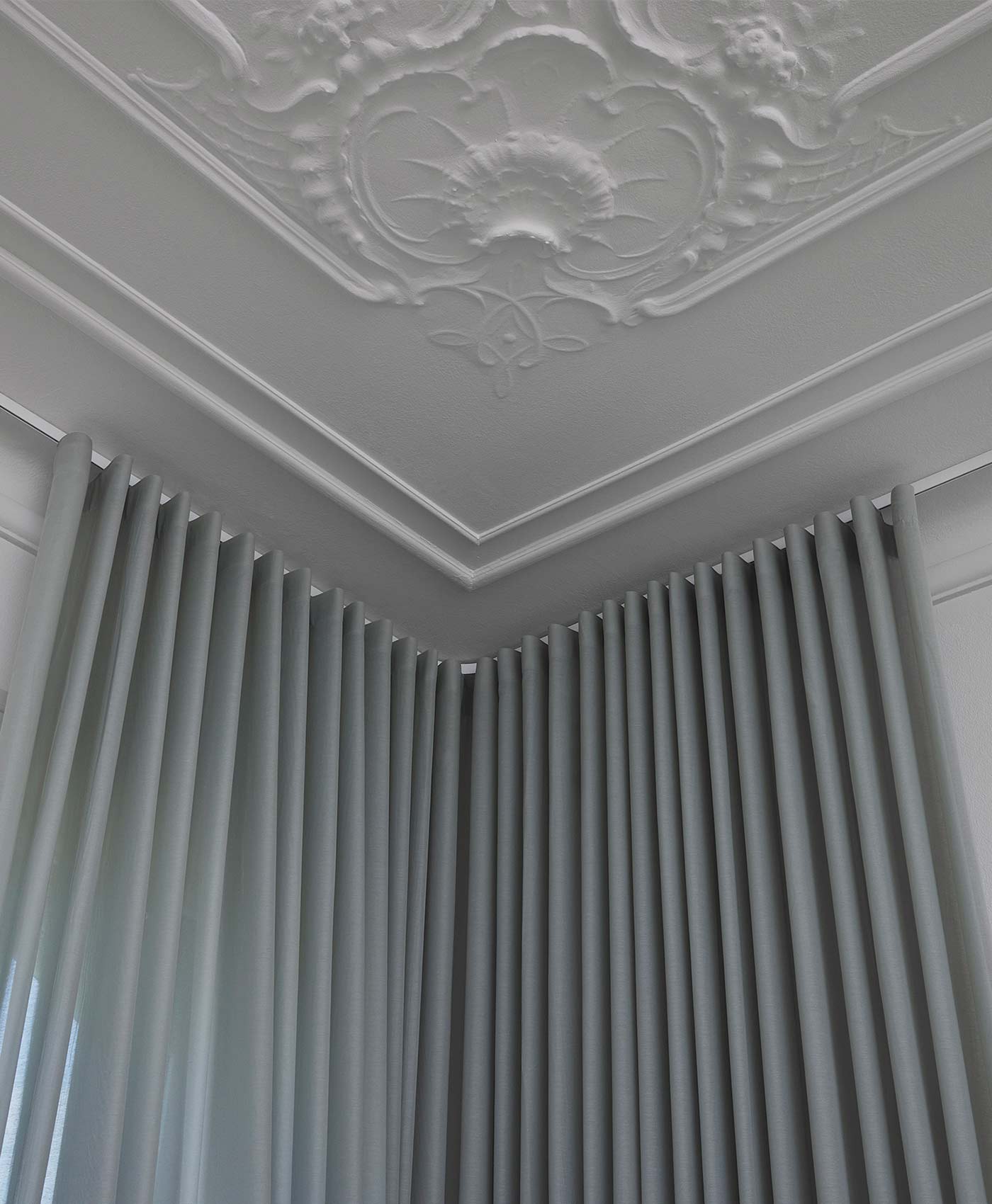